Here are some of the applications I published that are no longer available in the App Store:

The beMED was the first Medical Application in Lithuania. It provided medical staff with easy and convenient access to complex medical forms, scales, and classifications. 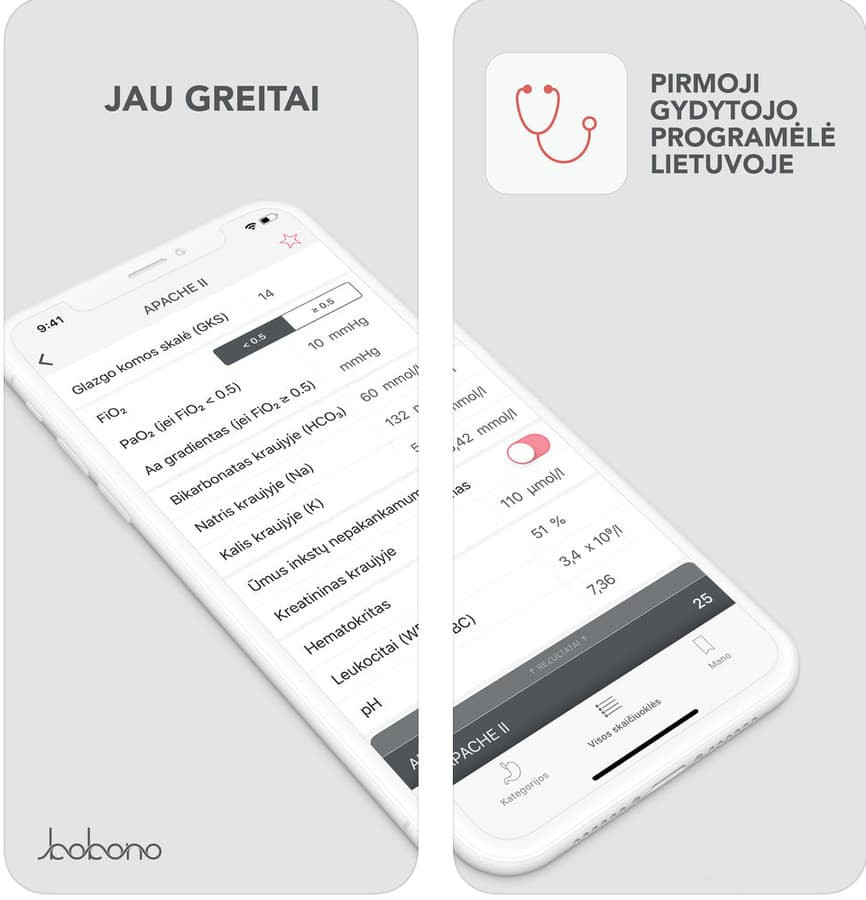 Aerogami was written entirely in Swift. It was used to show iOS application creation approach which separates code into frameworks, leveraging RxSwift for composing asynchronous operations and used the newest Swift APIs for encoding and decoding data. 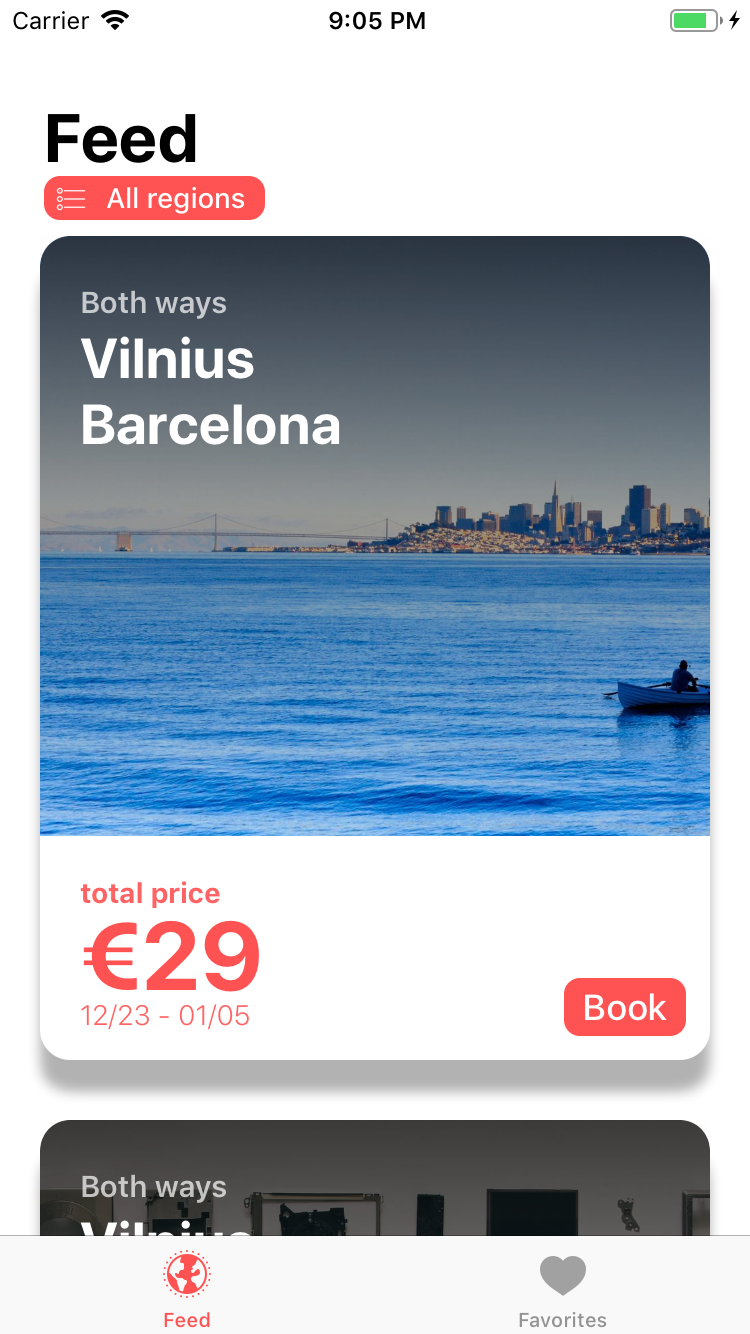 This livescore application was created for the World Cup 2018 which presented many fun challenges in dealing with the constant flow of the data. 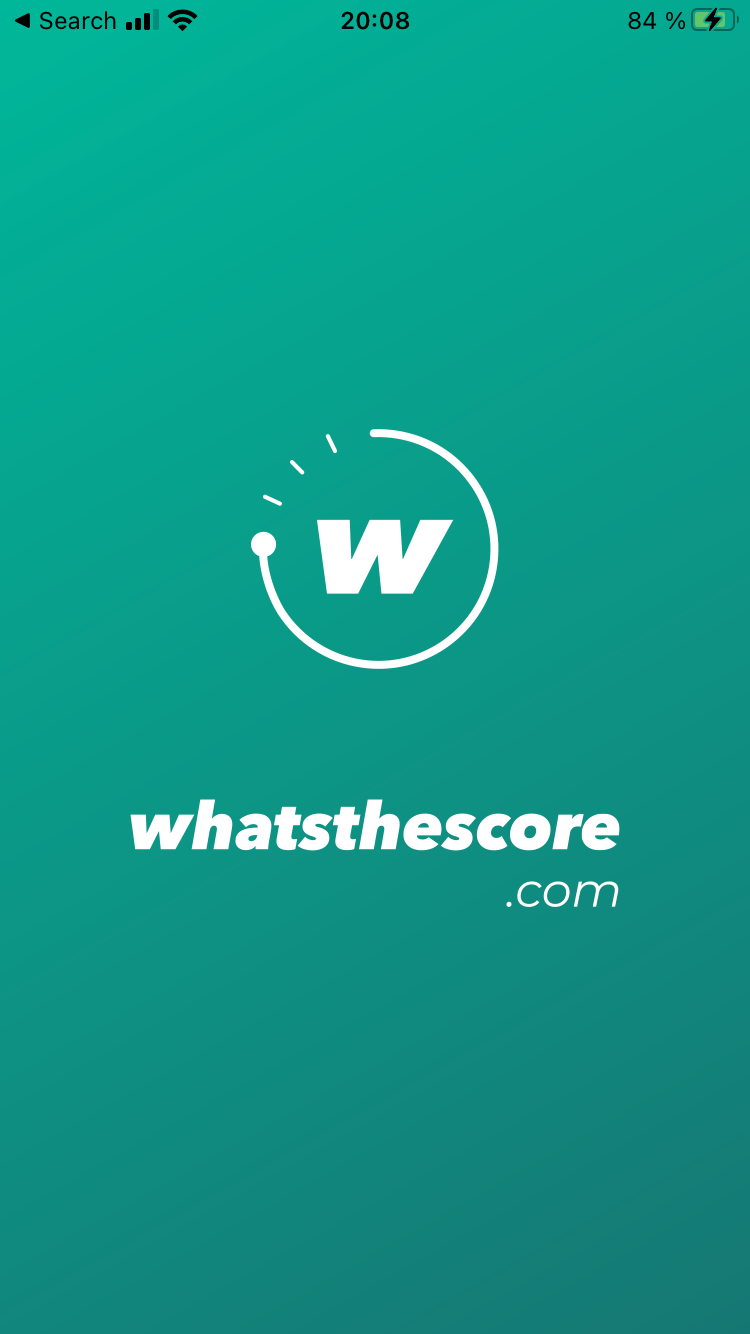 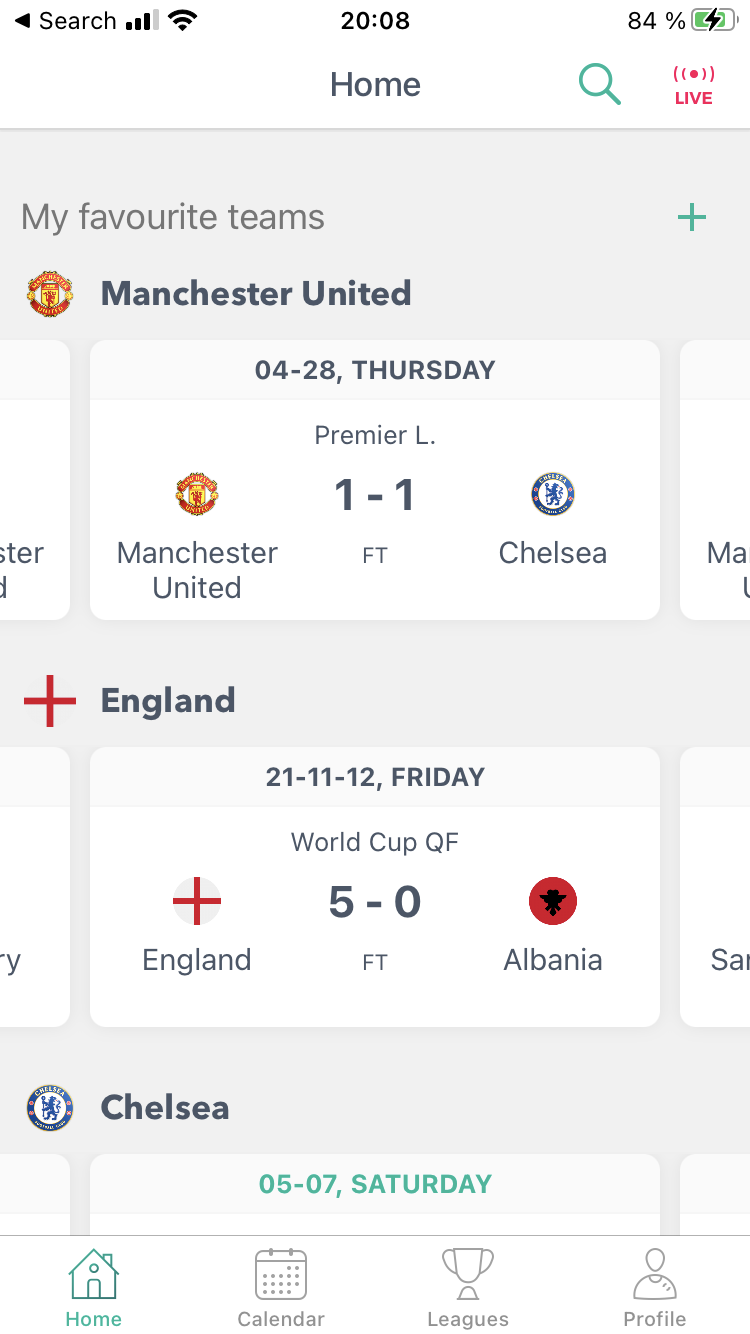 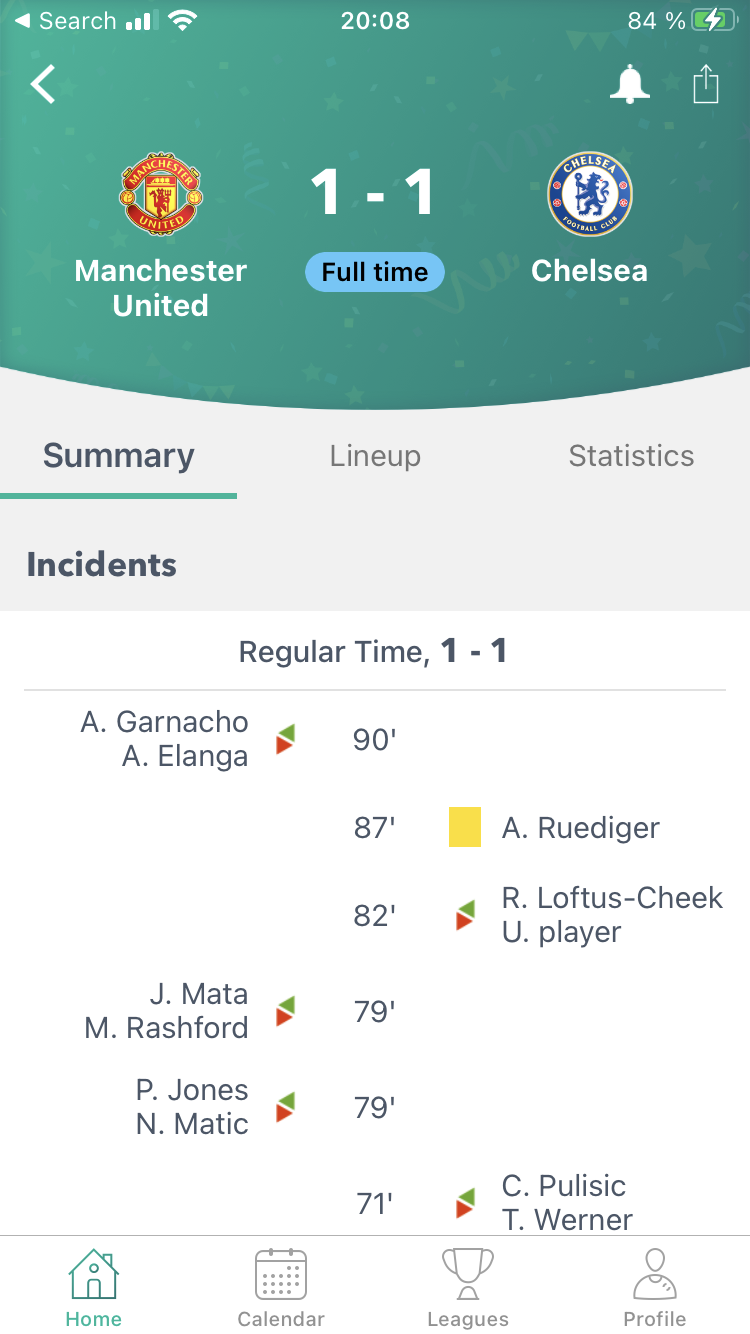 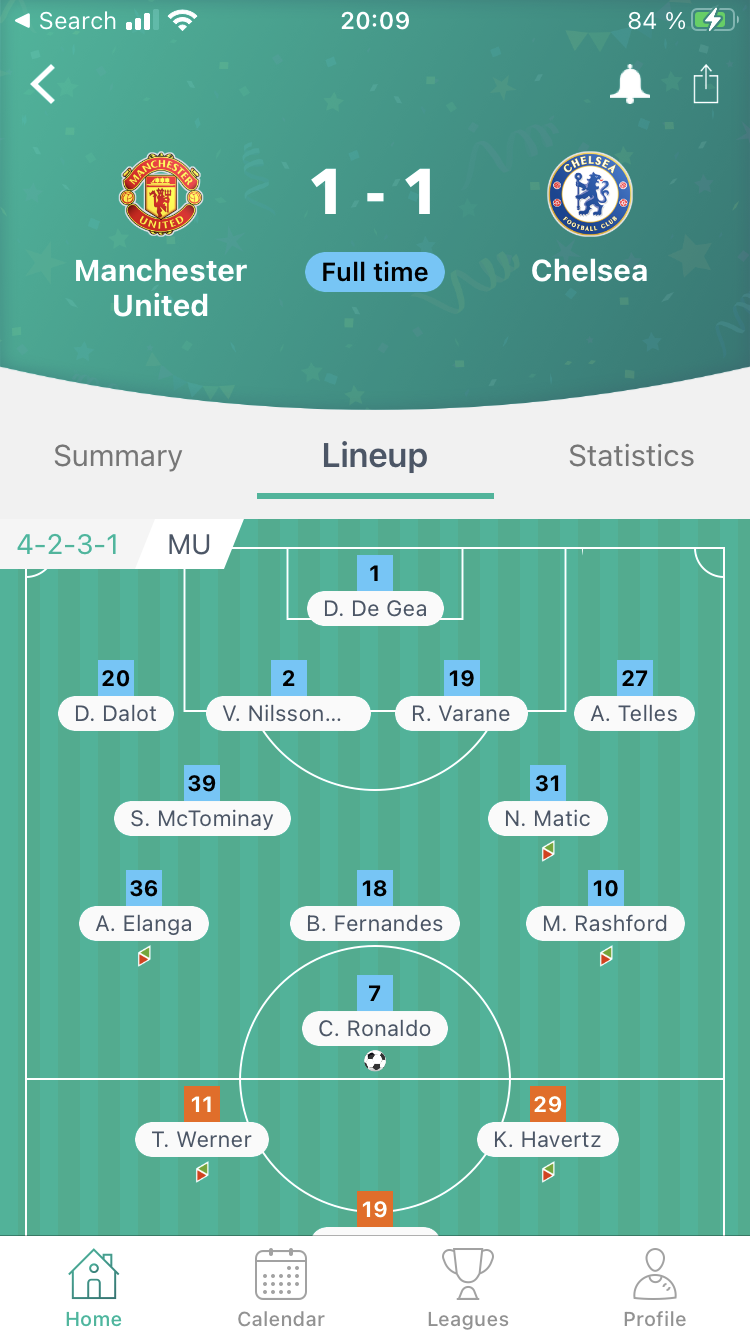 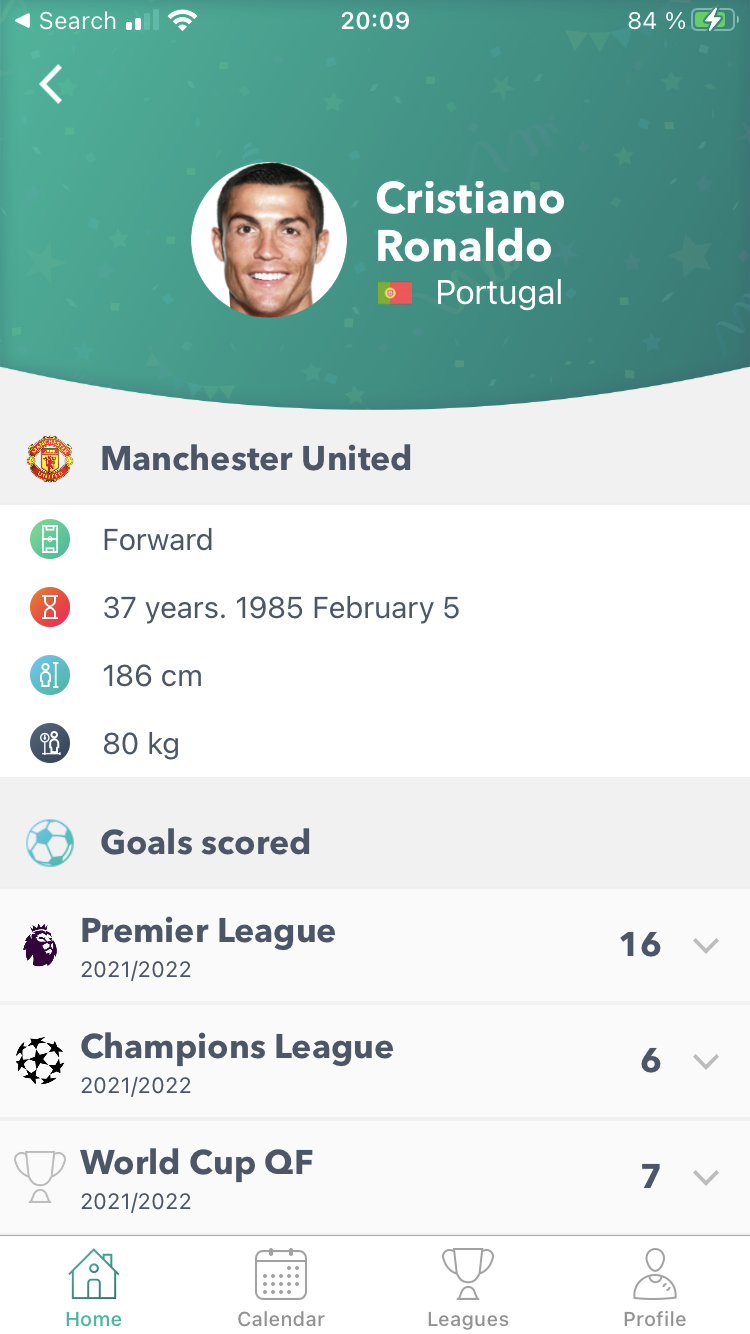 „Būk Detektyvas!” was a location-based application that allowed users to travel and discover interesting places. It was possible to have an account, share the experiences and compete with the others. This application also used image editing technologies creating the possibility to compare future and past images in real-time. It was created together with the National Lithuanian Television. 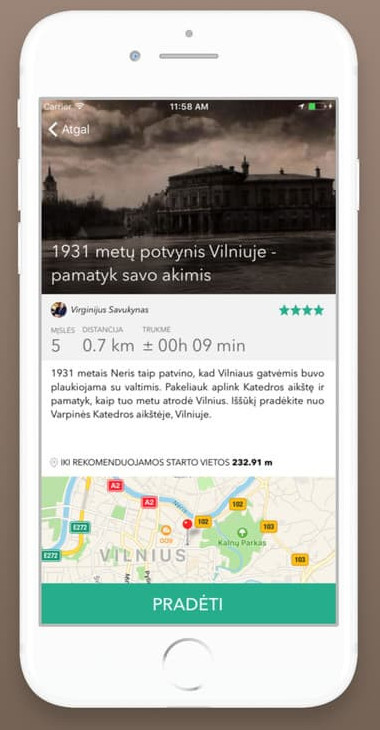 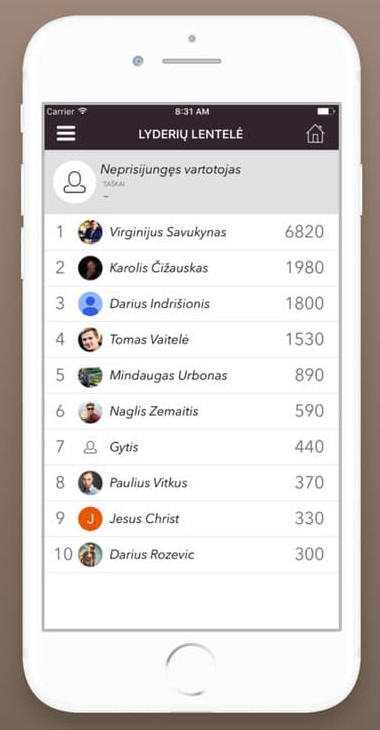 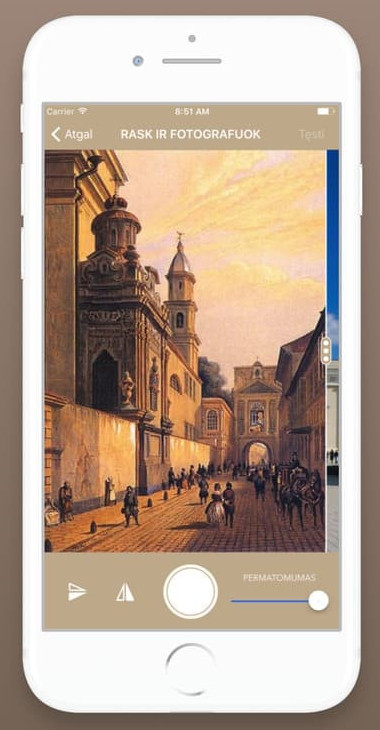 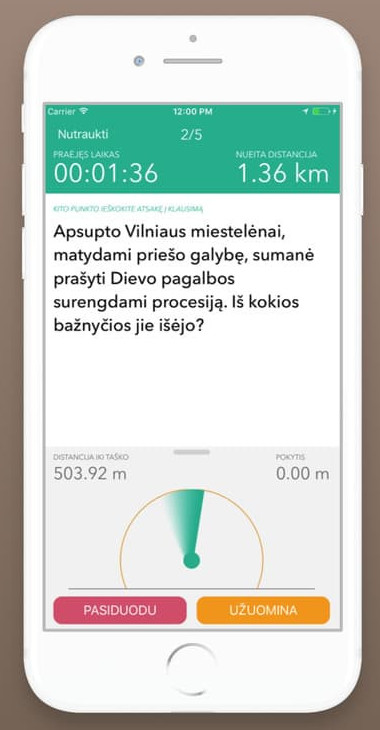 Summerburst Baltic ’16 was an application for the international music festival. This application followed the modern design guidelines to reflect the event’s brand and spirit. The users of this application could follow the social network activity of the organizers and artists. Additionally, it was allowed to set reminders for your favorite performances and receive important notifications. Location services were also used to enable easier navigation in the territory of an event. 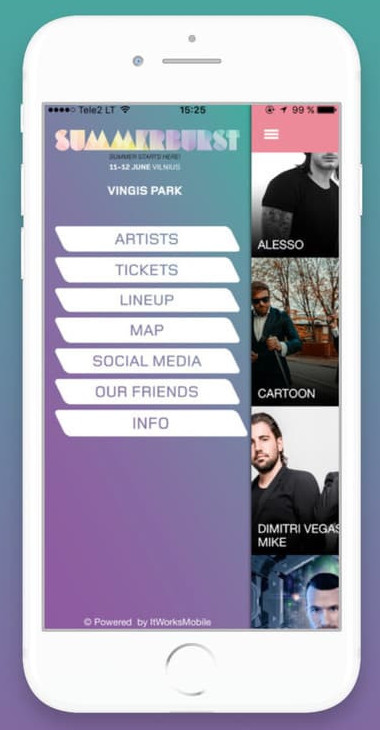 Radistai Village ’15 was a music festival application. Using the application users could conveniently check the schedule for all the events. Moreover, it was possible to set reminders for your favorite performances and receive important notifications about them. This application contained an originally designed event map that shows the user’s location and convenient information.

Radistai Village ’16 was a new version of the musical festival application. It gave the organizers a possibility to always keep the schedule up-to-date and notify users of the changes. Moreover, it displayed the social network feeds to keep in touch with the organizers and artists. 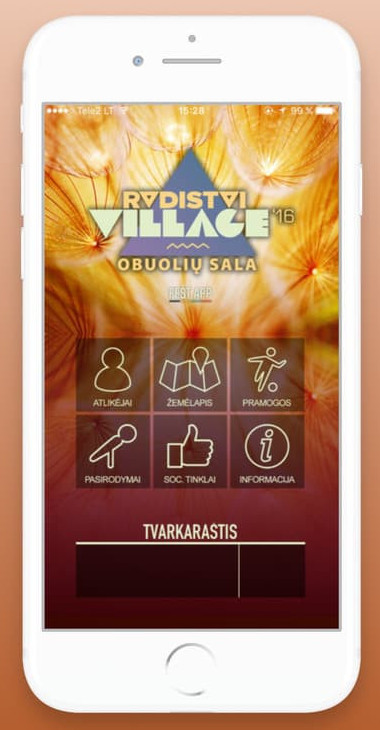